Agena genotyping has been offered since 2003. MAF has produced more than 27 million variations on the Agena platform (by April 2021). The size and annual number of Agena genotyping projects has leveled off slightly in recent years while the number of Illumina iScan projects continues to grow. For example, in 2020, MAF produced more than 25 million variants on the Illumina iScan platform.
MAF has during the years 2007-2017 received close to 25000 new samples/year. About 50000 samples are processed during each year with approximately 2000 newly designed assays. Totally the LIMS (Laboratory Management Information System) contains 470543 samples (April 2021). 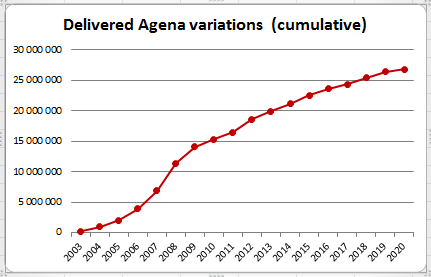 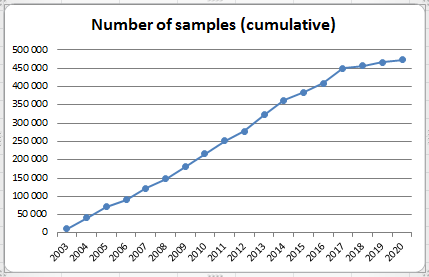